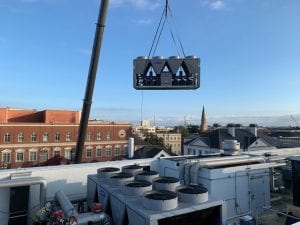 Chiller and Air Handler Isolators Replacement – Charleston, SC – CSI was approved for two onsite projects over a single weekend. The first involved replacement of isolators on a large built-up air handling unit in the basement. While one CSI team was in the basement, another handled a chiller replacement on the roof.  CSI had years ago installed the chiller now being replaced….right next to the other chiller previously replaced by CSI in 2016.  Read more about this project in our project spotlights news article. 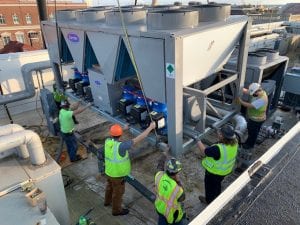 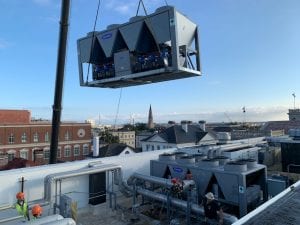 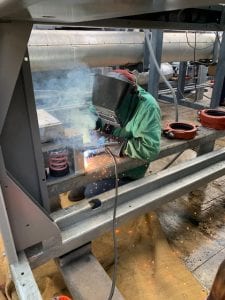