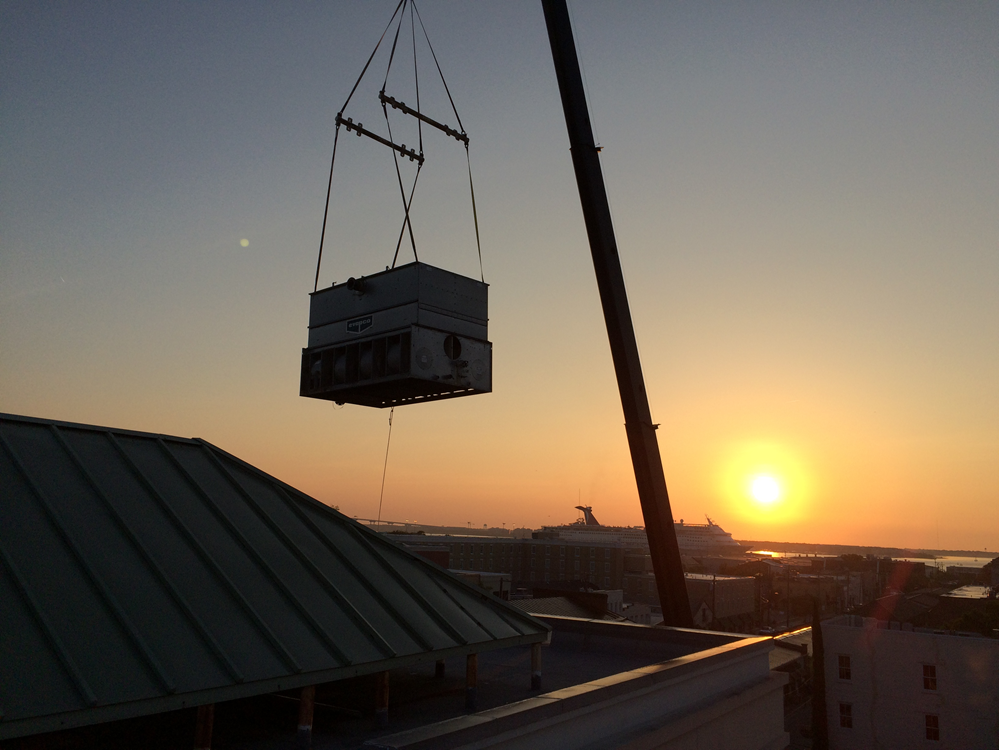 While the rest of the Holy City slept in on Saturday, May 16th, your Cullum Services co-workers awoke before dawn and, fueled by donuts and extra strong coffee, set out to replace an Evapco cooling tower and Peerless pumps at 177 Meeting Street in downtown Charleston. The crew actually began work at 6:30 the night before by disconnecting power and piping and cutting loose the steel frame that connected the unit to the building’s frame.

Limehouse & Sons provided the crane and City of Charleston police officers were on-site to barricade the streets.

The old cooling towers and pumps were quickly removed as the sun rose over Mt. Pleasant and, by late morning, the new equipment was in place and connections were in progress. By all accounts, the installation went smoothly and cooling water began flowing through the arteries of the building by late afternoon. Complications were minimal and generally limited to the rebellious actions of a few tourists who gave in to laziness and walked under the crane instead of around. Safety first, people!