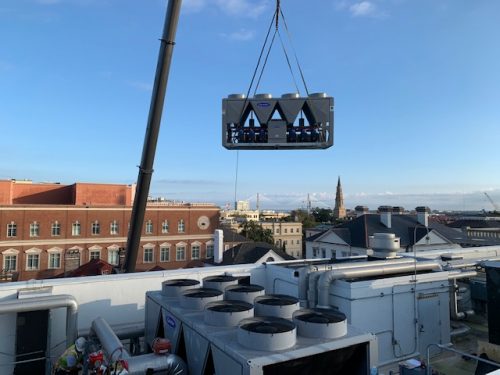 Charleston, SC – It’s been nearly fifty years since Mr. Cullum first opened the company doors and started doing business in South Carolina. Some of the advantages of such tenure are name recognition within the HVAC industry and business relationships handed down through the generations. Whenever you drive around Charleston, you’ll see buildings that Cullum has worked on through the decades and equipment that Cullum Services, Inc. has replaced multiple times.

The federal courthouse in Charleston is one such example. Located at the historic intersection of Meeting Street and Broad Street, the courthouse and other adjacent buildings (85-87 Broad Street) were purchased in 2018 by Easterly Government Properties, Inc. for approximately $24 million, according to county land records. For years the owners, property managers, and government maintenance companies have reached out to Cullum Services, Inc. for assistance and repairs on their commercial HVAC systems.

After months of coordinating and scheduling around the busy courtroom schedule, CSI was approved for two onsite projects over a single weekend. The first involved replacement of isolators on a large built-up air handling unit in the basement. While one CSI team was in the basement, another handled a chiller replacement on the roof. In case you were wondering, CSI had years ago installed the chiller now being replaced….right next to the other chiller previously replaced by CSI in 2016. 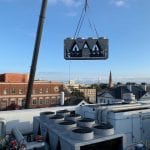 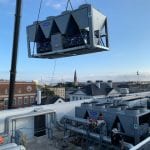 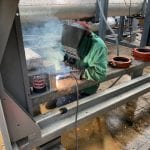